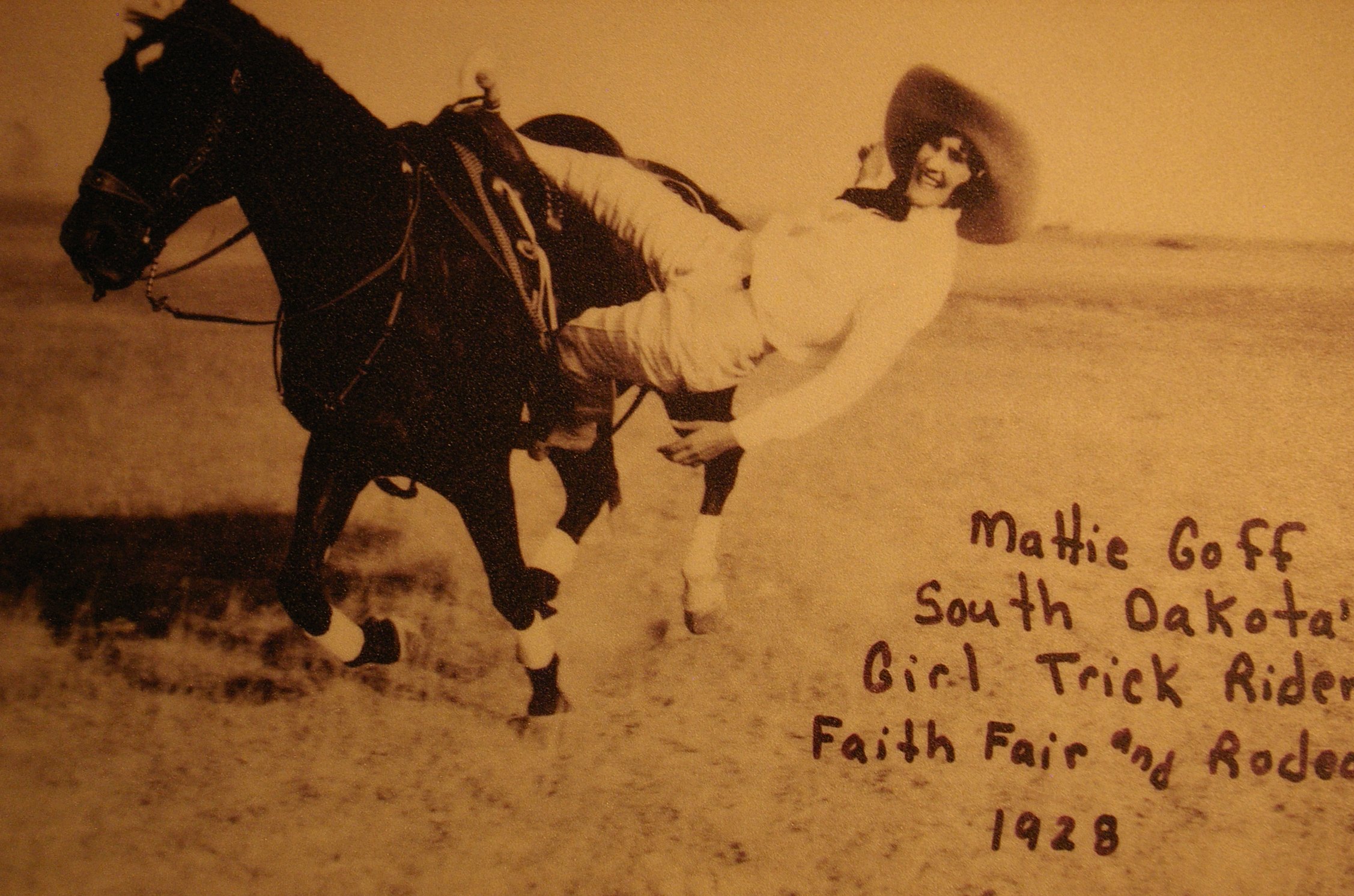 Mattie Goff-Newcombe was the hero and idol of aspiring cowgirls of her era. She was the one to imitate. Mattie was an equestrian extraordinaire, a rodeo champion admired by all, including one of our presidents.

In her career, which spanned over a decade, Mattie had three main horses - Bob, Pal and Buster. She performed such tricks as the Roman Stand, Under the Neck, Under the Belly, Slick Saddle Stand, Back Drag, Spin the Horn, and many others. The most dangerous was the Back Drag. This stunt required Mattie to place a foot in a loop on either side of the saddle, bend over backwards laying over the rear of the horse until her hands touched the ground, and then pulling herself into an upright position unassisted. Mattie says this trick is so dangerous, because you don't have your hands in control of the horse. In addition, if the horse's hooves would come too high, they could hit you in the head. Luckily, Mattie was never hurt while performing at a rodeo in any of her three events. 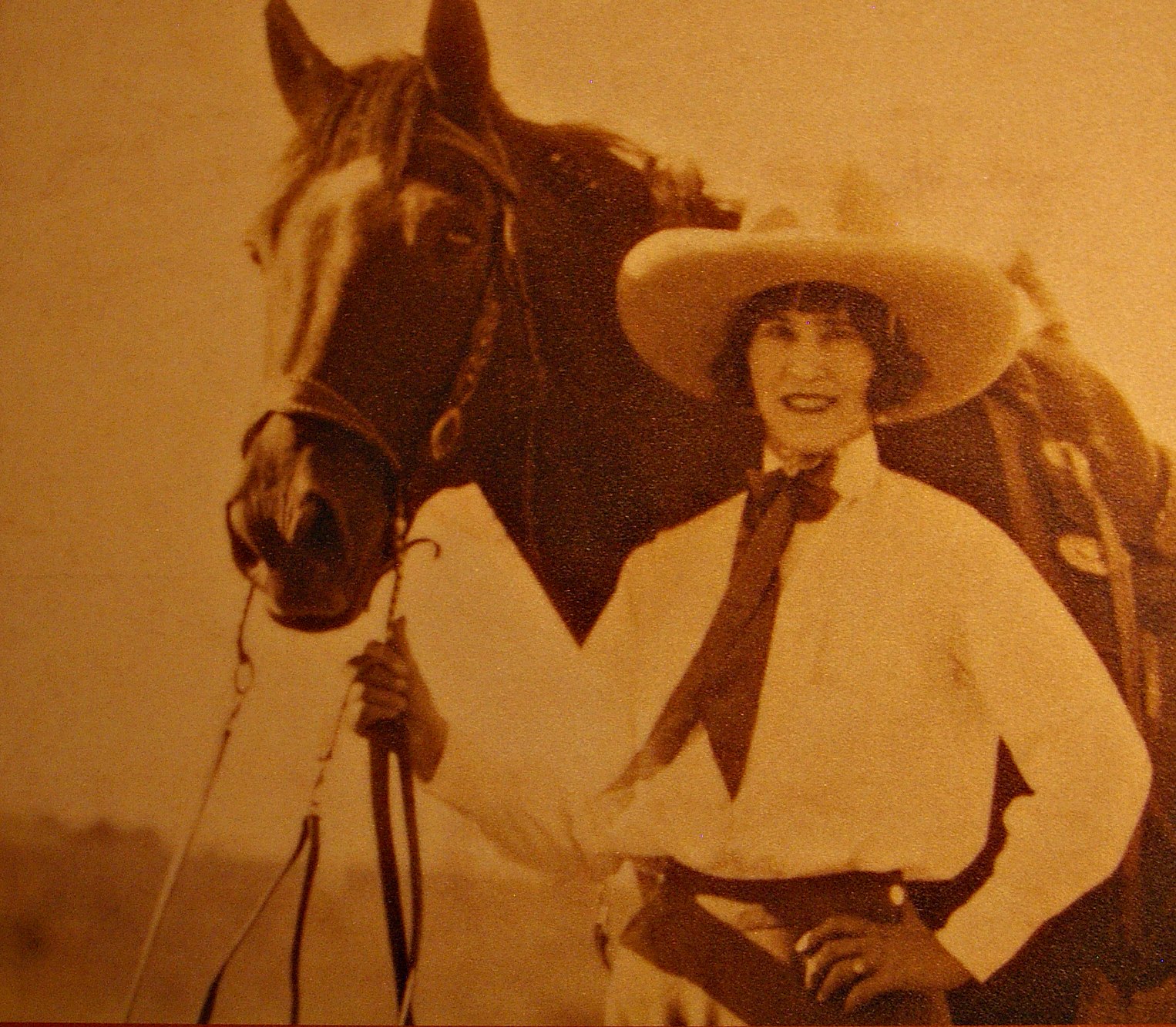 Mattie retired from her rodeo career in the late 1930's, but not before earning the title of All-Around Cowgirl and World Champion Trick Rider several times. Mattie was inducted into the National Cowboy Hall of Fame in September 1961 as a Charter Member and into the South Dakota Hall of Fame in September 1989. The Casey Tibbs Foundation honored Mattie at their Tribute Dinner in 1991. Mattie was inducted into the National Cowgirl Hall of Fame and Western Heritage Center in Fort Worth, TX, in November 1994.

In 1994, Mattie was inducted into the National Cowgirl Hall of Fame.